We packed up our kit and headed for the locked security gate. We said goodbye to our companion "Courage" (pronounced Coorahhee), a German wire hair pointer and his buddy, a doberman.

Rodrigo, the owner of Cabaña Pescara y Caza gave us a "key" to open and close the gate to the Cabaña compound.

The gate, topped with razor wire, is a roll open, roll closed affair with a metal track for the gate to slide on.

We passed our bikes through and Bob pressed the button to close the security gate.

As soon as the gate started to close and we were on the "outside" the doberman started barking like he had never seen us before or we were going to rob the place. Even before the gate was closed! Just doing his job. 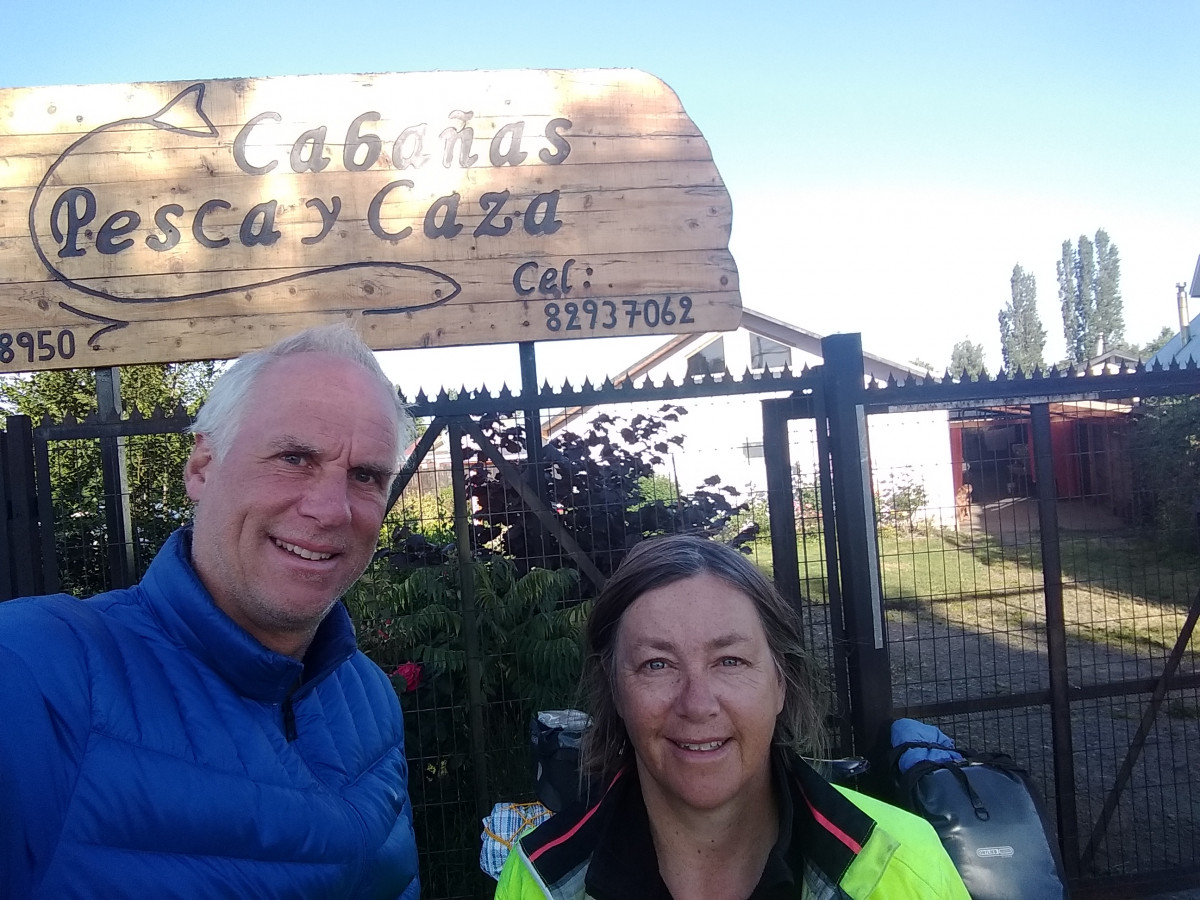 The road was excellent first thing in the morning and Rodrigo had told us that the road was about 50/50 paved we were making good time.

Then we saw a sign finito la pavemento 100m and we were in loose rounded Riverstone. The scenery was beautiful. We met a caballo just about to get on his horse who told us in Spanish, and hand gestures, up... Up... Up... 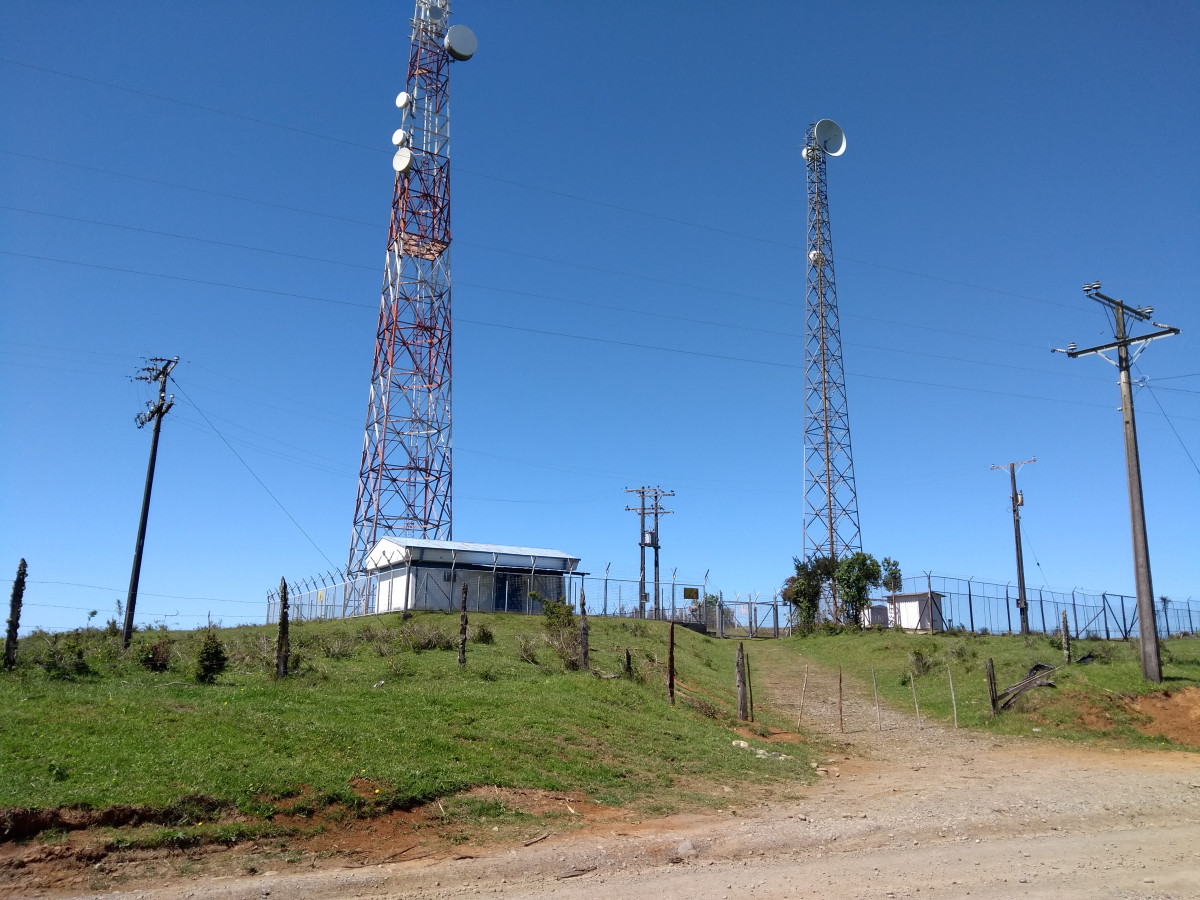 Coming down wasn't much easier as the gravel was loose and it was very rough.

As we got closer we thought when we topped a hill we would ride over and see the Pacific. But no we still get magnificent views of volcano Orsorno 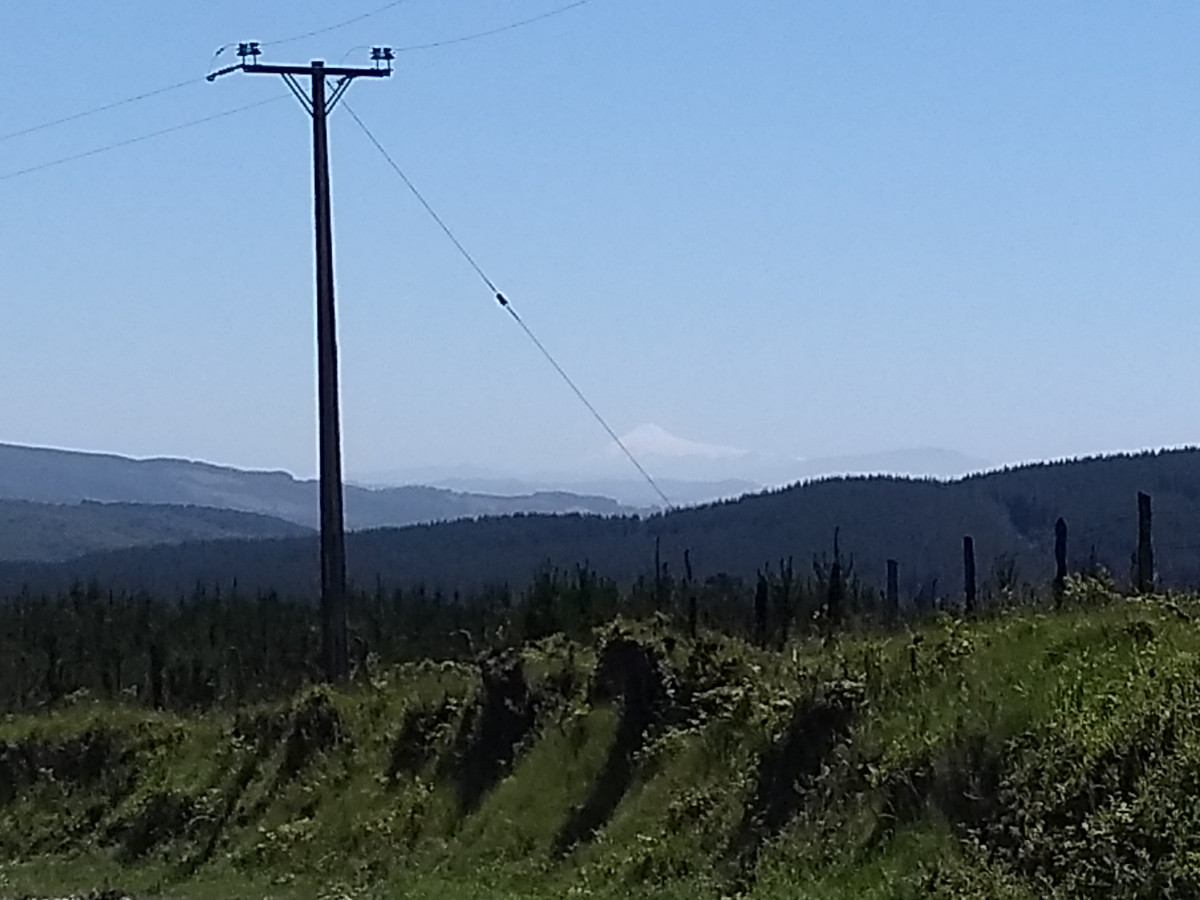 When Rodrigo told us the road was 50/50 paved... This is not what we thought he meant. 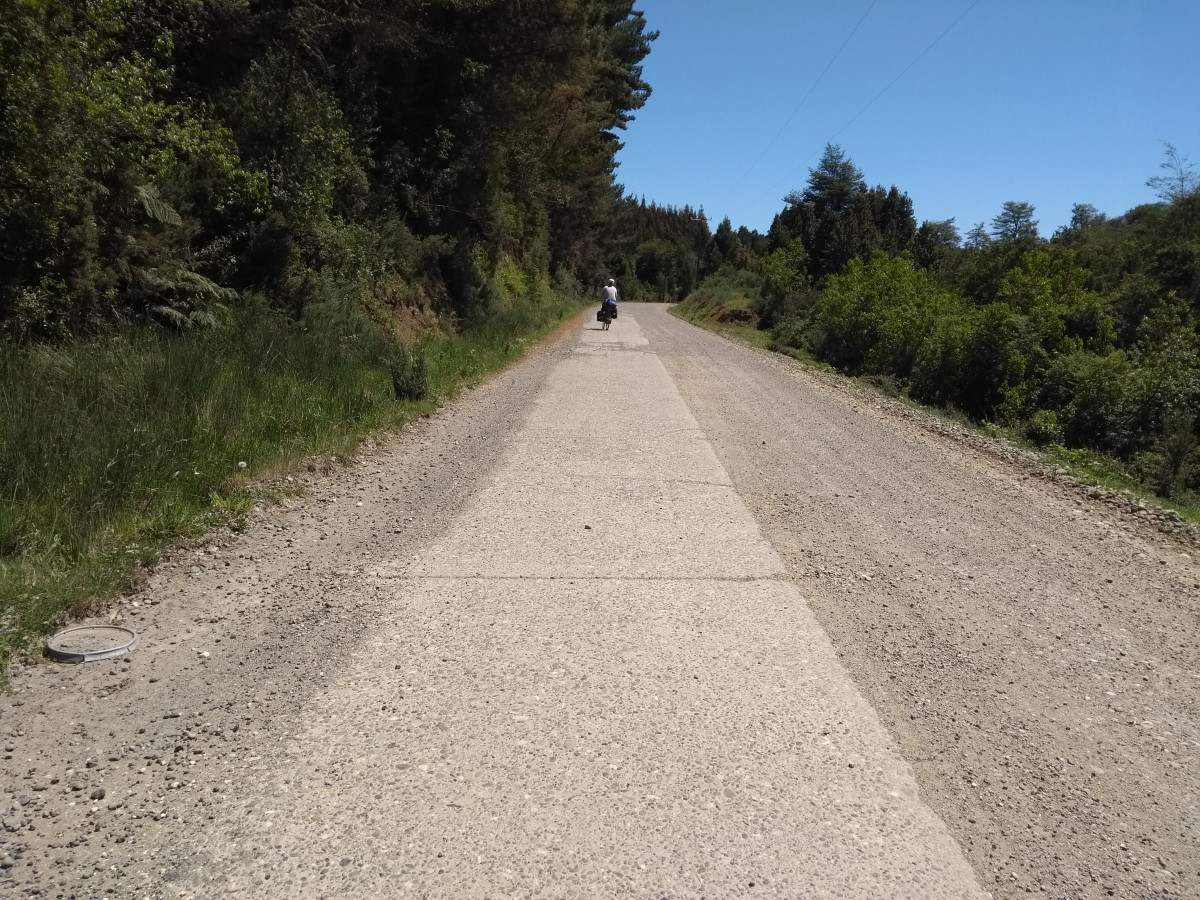 Or at least it used to be paved. On the up hill portions. 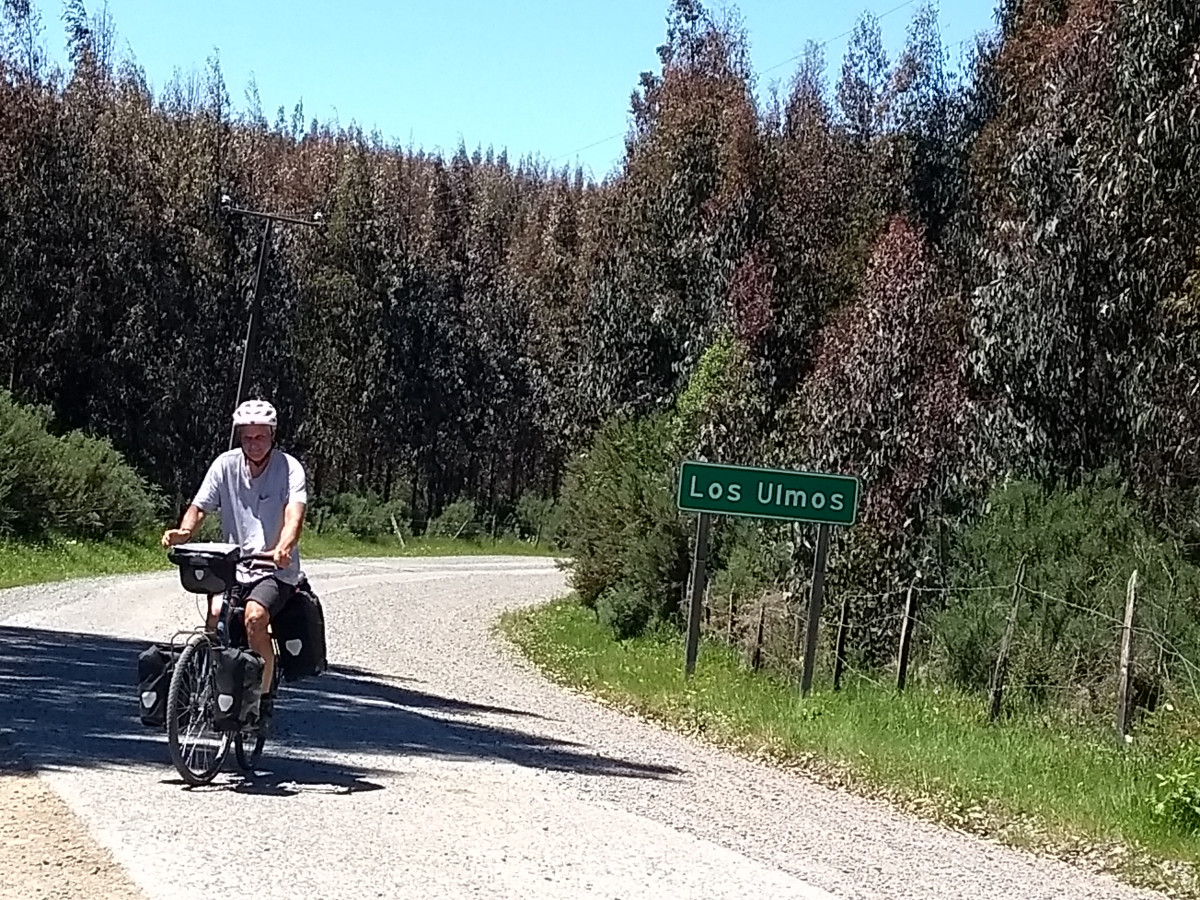 We stopped for lunch at Los Ulmos, a crossroad with 1 house. 2 cars passed while we sat in the shade. Then continued to the hostel where we each had one of these... 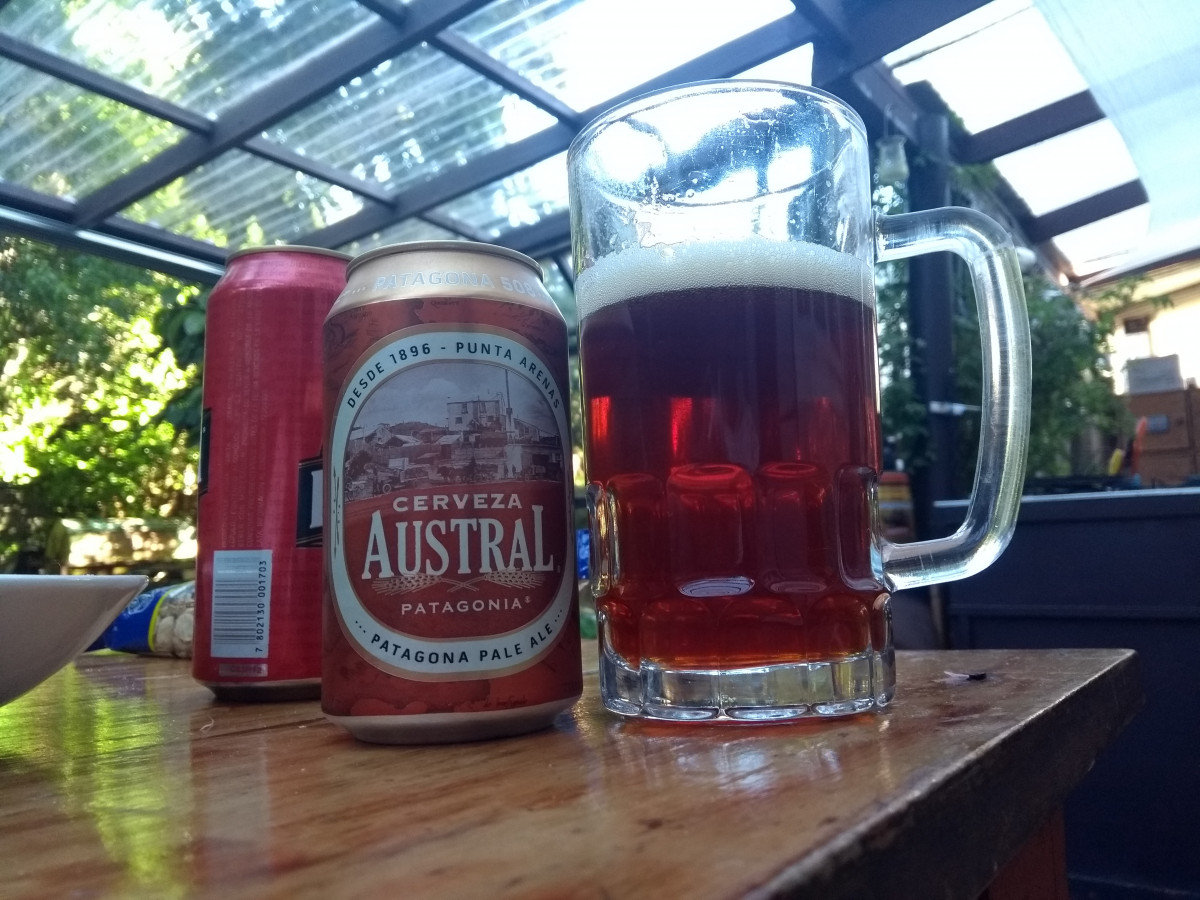