We left Chaiten in a steady drizzle and decided because it was a short ride 50km that we would head out. 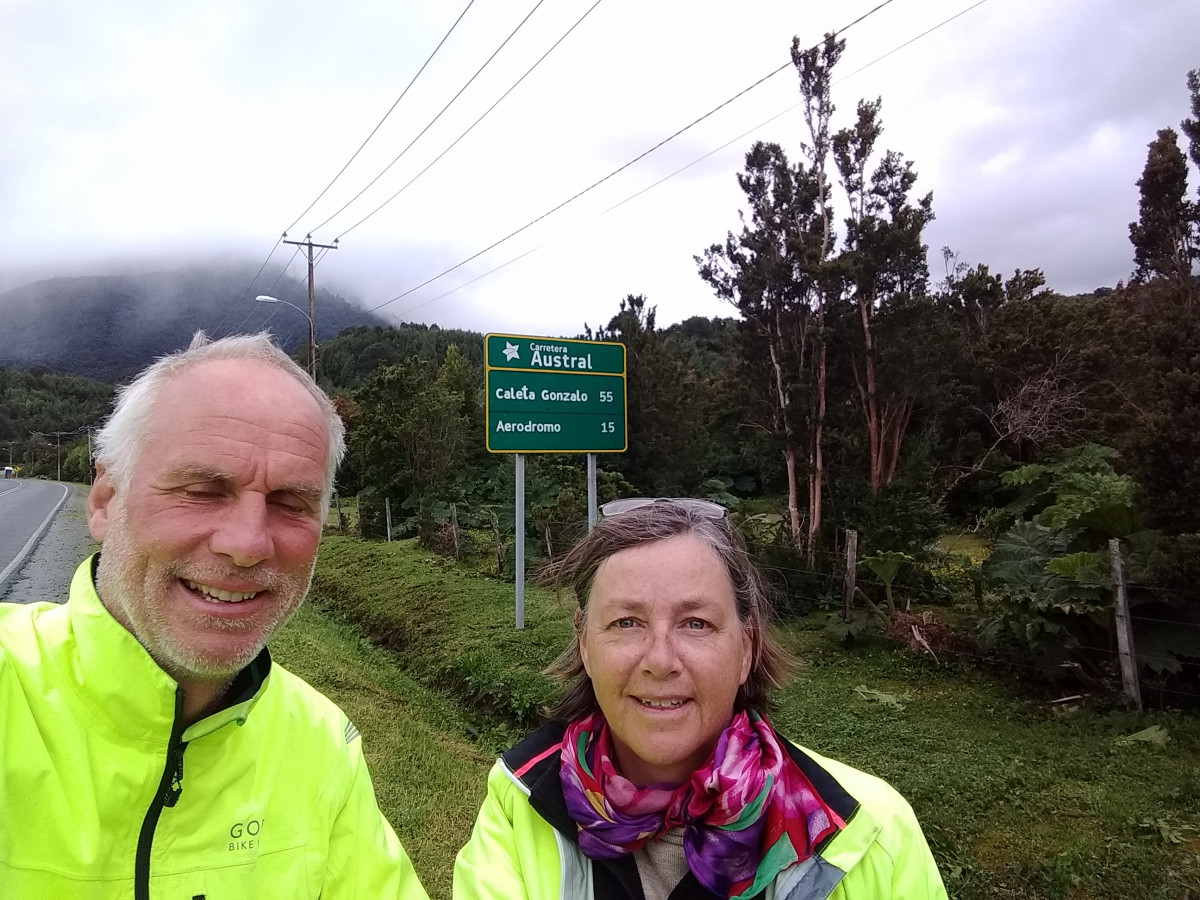 Hwy 7 the famous Careaustral. The unfortunate part was that the rain and low clouds obstructed the scenery. 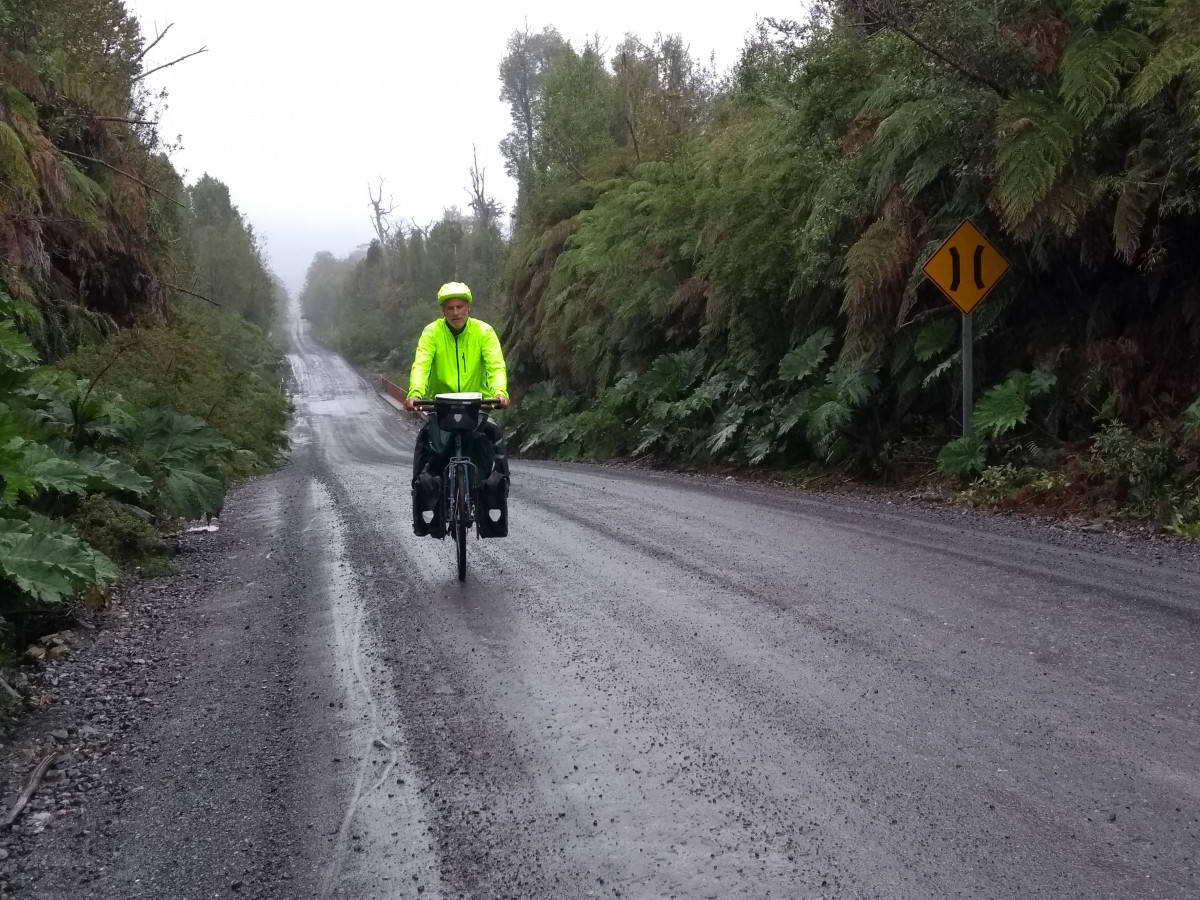 We meet a young couple riding a tandem bike. They were from France and mentioned that they stayed at LagoBlanco.Bob had read some reviews about Lago Blanco so we decided to stay there as well.

In addition to the rain and wind had steadily worn us down and we were soaked thru to the skin and stopping seemed like a good idea.

A beautiful lake with six sites along the shore of the lake including covered areas and table. No charge until 15 Dec! 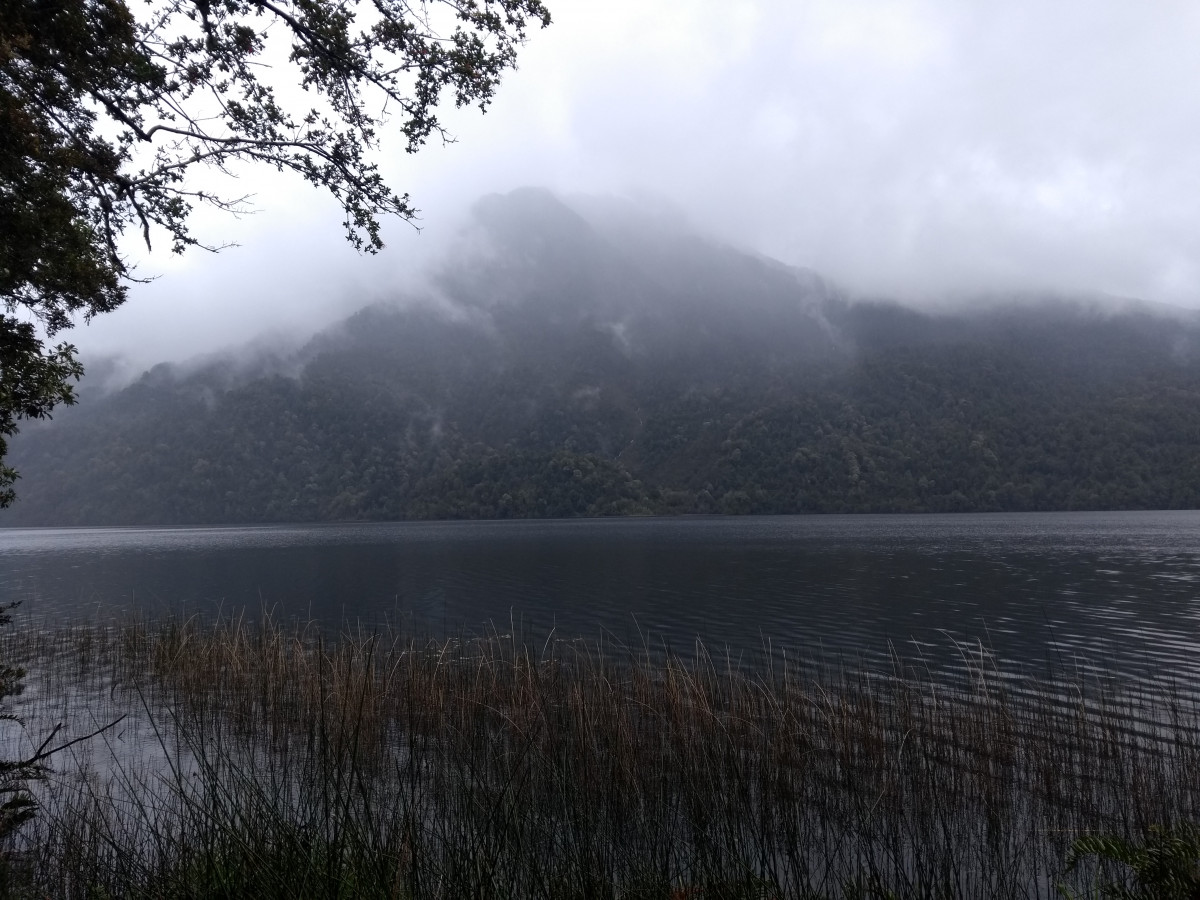 We chose our spot and set up the tent under the protection of the roof and settled in for the night.

We were happy with our decision to stop because the rain continued and the site was protected from the wind.

Bob even got his fishing rod out and landed a beautiful rainbow trout that he released back into the lake.

Bob woke up about 2 to check things out and said , I don't know if I should tell you this.

The lake is about 3 feet from the tent! He got a rock and placed it at the waters edge to judge how fast the water was rising.

When we set up, the shore of the lake was about 20feet from the camp site in a swampy reeded area and the drainage looked good. There was a healthy Creek near by and the site was high and dry.

At approximately 3am Bob peaked his head out of the tent and announce that the rock he had put out there was completely covered and the water was about 2 feet from the tent.

At 5am we heard the relaxing sounds of waves lapping into the sides of the tent. 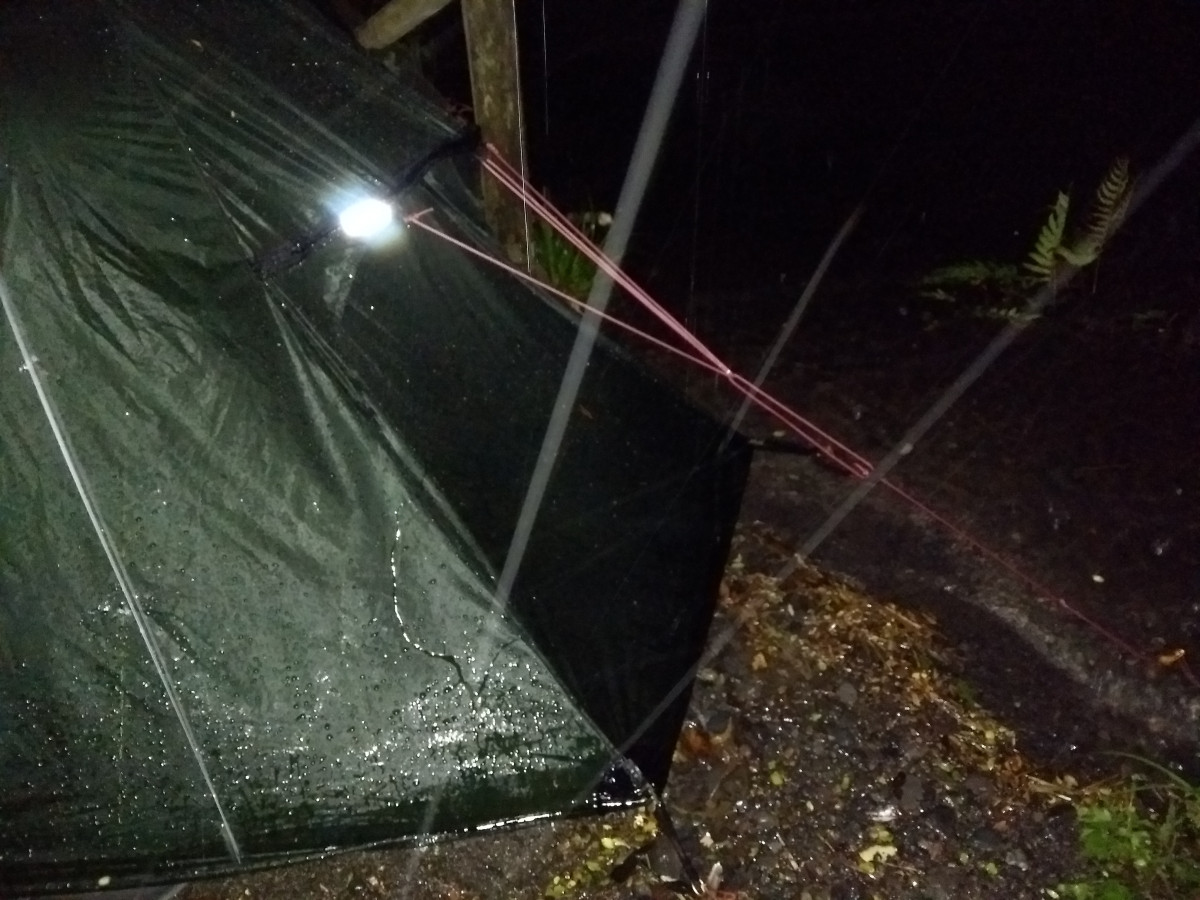