Decided to stay on the main highway. But, we HAD to stop when I heard the sound of the auctioneer. It is an undeniable sound in any language. There were cattle, pigs, sheep and of course... ... ... Horses! 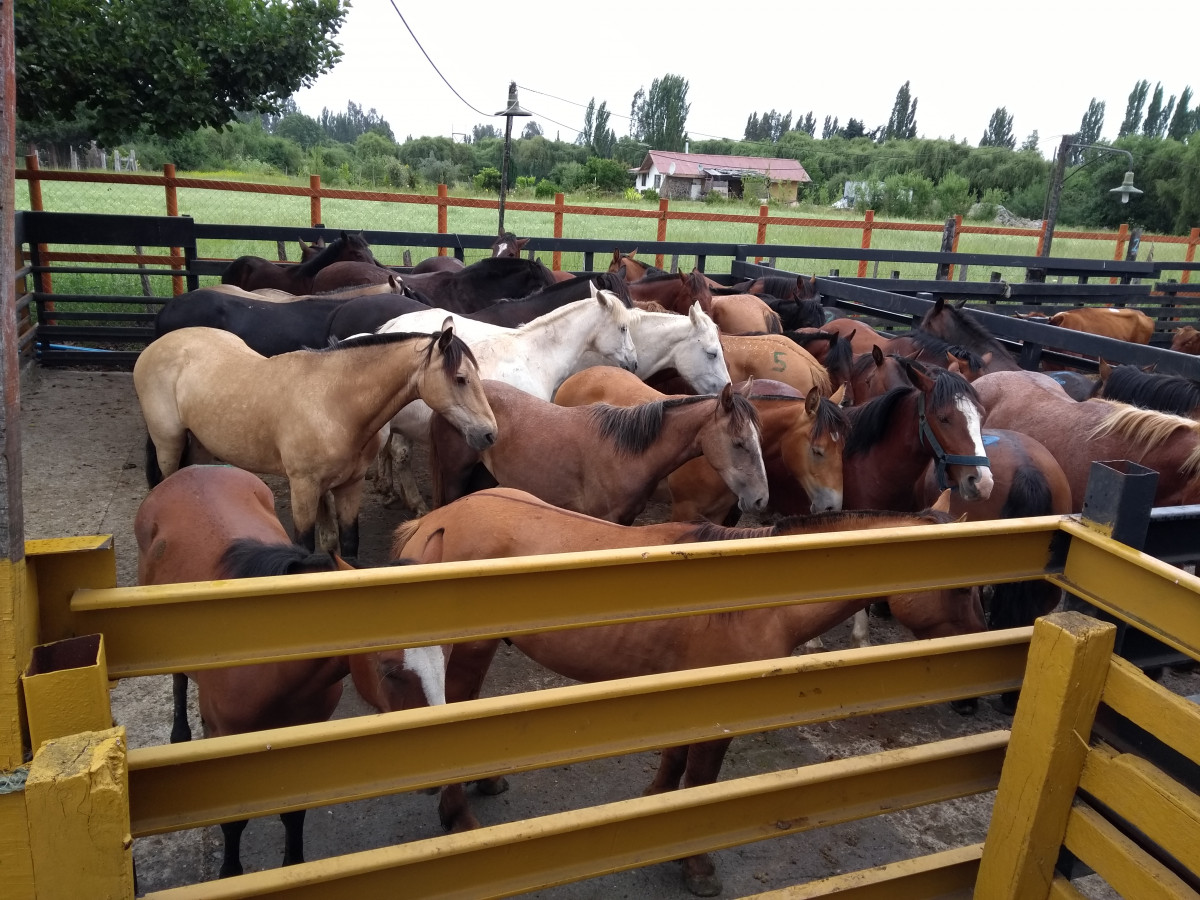 All shapes and sizes. Most with their manes roached (cut right off) and tails "banged" (cut off short). Some with shoes and lots with chipped and misshapen hooves. Mostly though, they looked in good shape.

I drew a lot of attention from the local crowd as I climbed on the fence with my black biking shorts and florescent high visibility biking jacket. Did you ever get the feeling you're being stared at? I certainly did.

We continued on to the town proper crossed a mini version of the Golden Gate bridge. 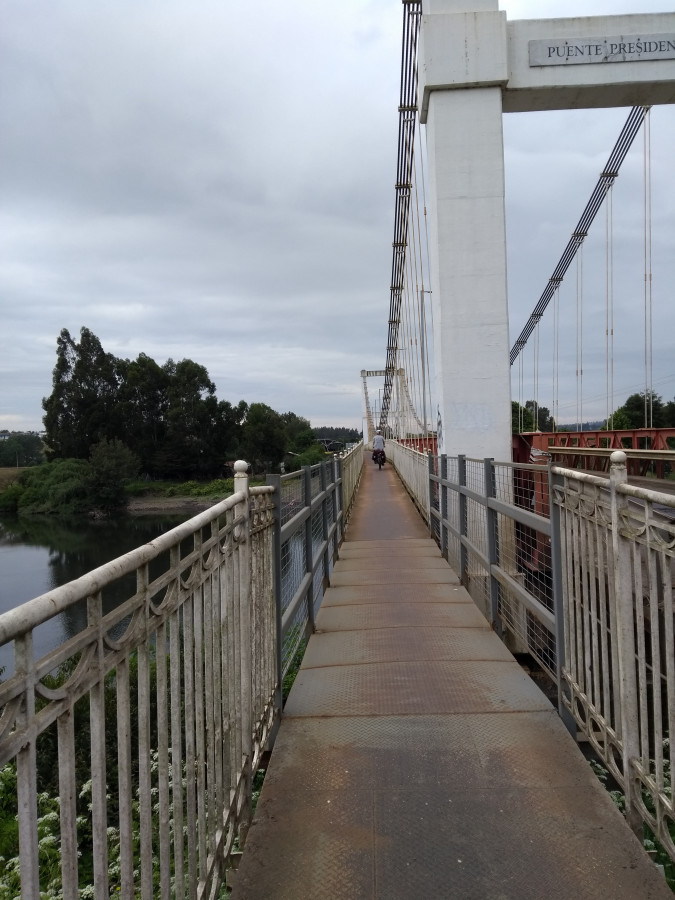 The bridge had beautiful concrete Lions on the anchor abutments. The placement was weird though as you had to make a hard 90 degree turn to get onto the bridge ... And I mean the Lions were hard up against the adjacent mountainside!

The pathway over the bridge was steel plates and in some places rusted through. I know because, in some places, I could see the river water flowing underneath as we cycled over top.

The town of Carahue has an open Air museum of antique steam engine tractors. I'm guessing 30 all on display on the main boulevard. These gigantic machines were used to clear the jungle to make way for the agriculture in the area. 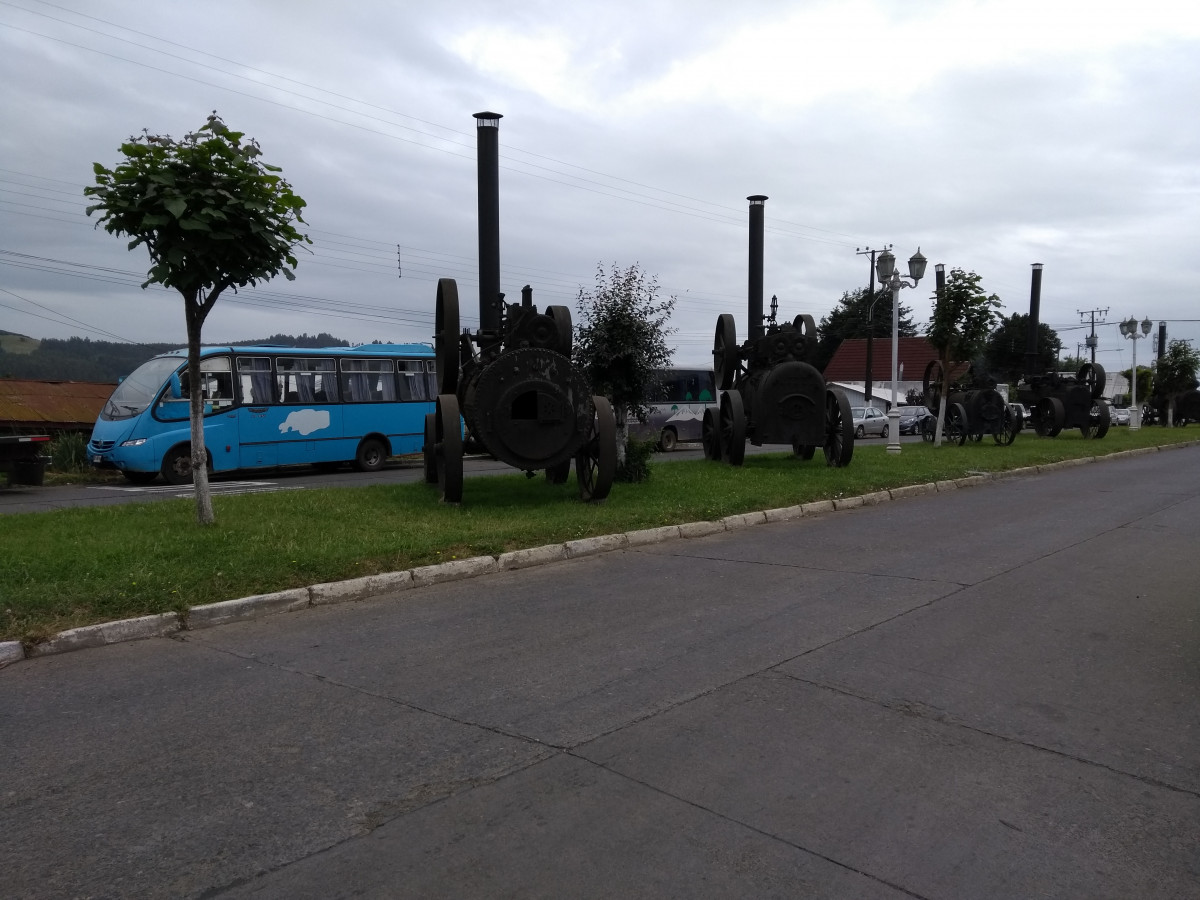 We continued on past Carahue to our cabaña for the night where we had a mostly restful sleep.