Getting there is half the fun.

It's true that a rental car can go anywhere! Once again you would think that the trailhead of a national park would be easily accessible by car and once again we were not expecting what we were expecting.

Xander had the maps and provided turn by turn directions. Thank goodness we didn't meet any cars on the road because there was just enough room for one vehicle. On the driver's side a death defying slope down and on the passenger side so steep that with the window rolled down you could have probably touched the jungle of vegetation sprouting from the slope.

The car twisted and turned up the switch backs and washboard road. Once again the loose gravel and steep inclines made the car lurch over mounds of rocks from spinning tires.

Bob was popping the clutch to accentuate the potholes and we all "aaaaahhhhhh"ed like toddlers to make our voices go into vibrato while bumping along the wash board road.

There was only 1 time we truly bottomed out, which drew a few expletives.

We arrived at the National Park Entrance

It was like a parking lot on Christmas Eve. The major cause of the congestion was a car parked right in the middle of the gate into the park. A woman had paid her entrance fee then we watched as she got in her car and TRIED to start it. It did 1/2 a "turnover" as if they had left their lights on then nothing. After a few more attempts and an ensuing line up behind her to enter the park, the park warden and assistant pushed her out of the way to allow us, and others, access.

We drove in to the park and then found a parking area at the trail head about 500m along the gravel path. We hopped out and started our hike. Hiking to Log Lagos

The first part of the hike is on a gravel road then the trail goes through some beautiful mature forest on a steep incline. Rather than having the path they added wooden ramps with steps and hand rails that were polished smooth by many hands. The old forests are spectacular. The trunks huge and the foliage so high in the canopy.

There were a few spur trails to waterfalls that we declined. We went up and hiked to Lago Chico then up to beautiful lago Verde then a short loop to Lago Toro. 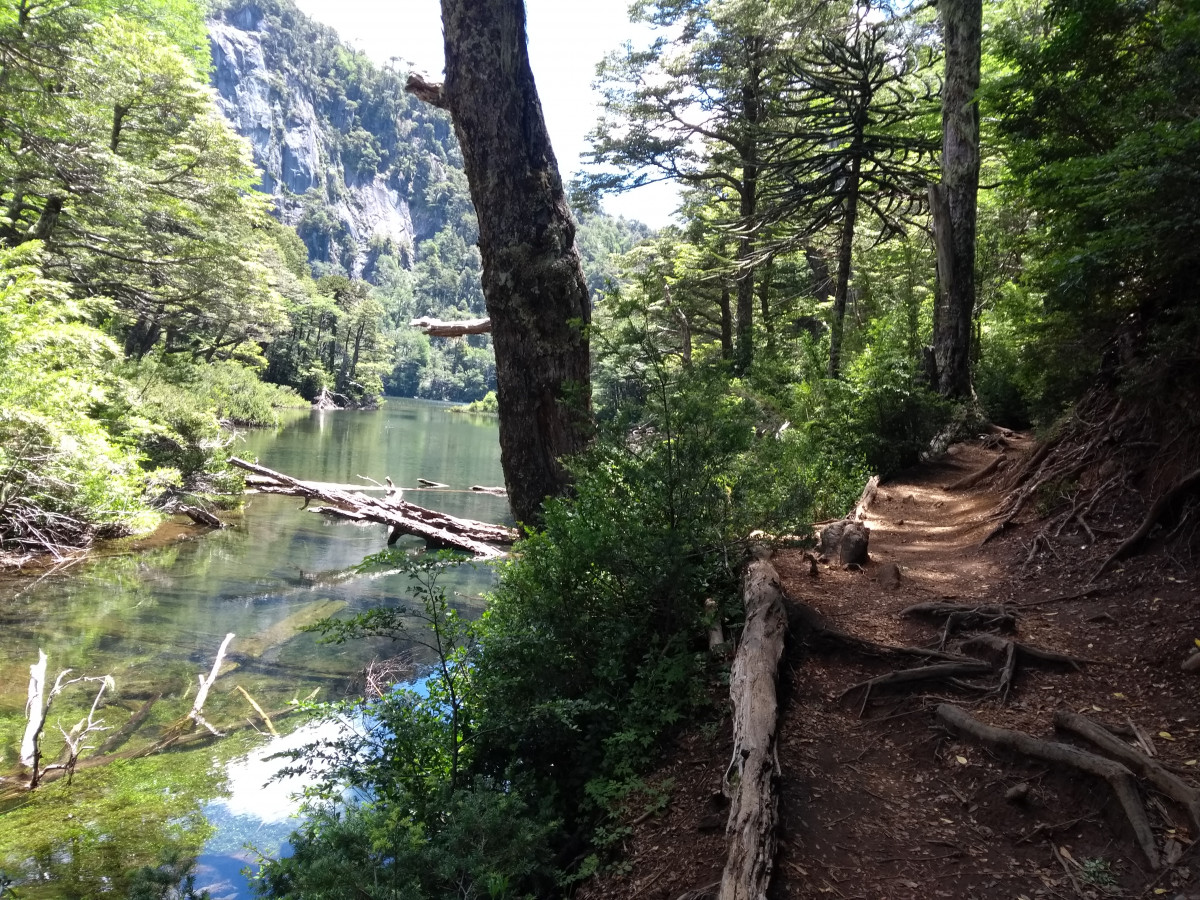 One thing that struck us was how clear the water was. Even in the middle of the lake, on this beautiful day you could see clear to the bottom.

There were some excellent opportunities to enjoy the view of Volcan Villarrica and Lago Tinquilco. 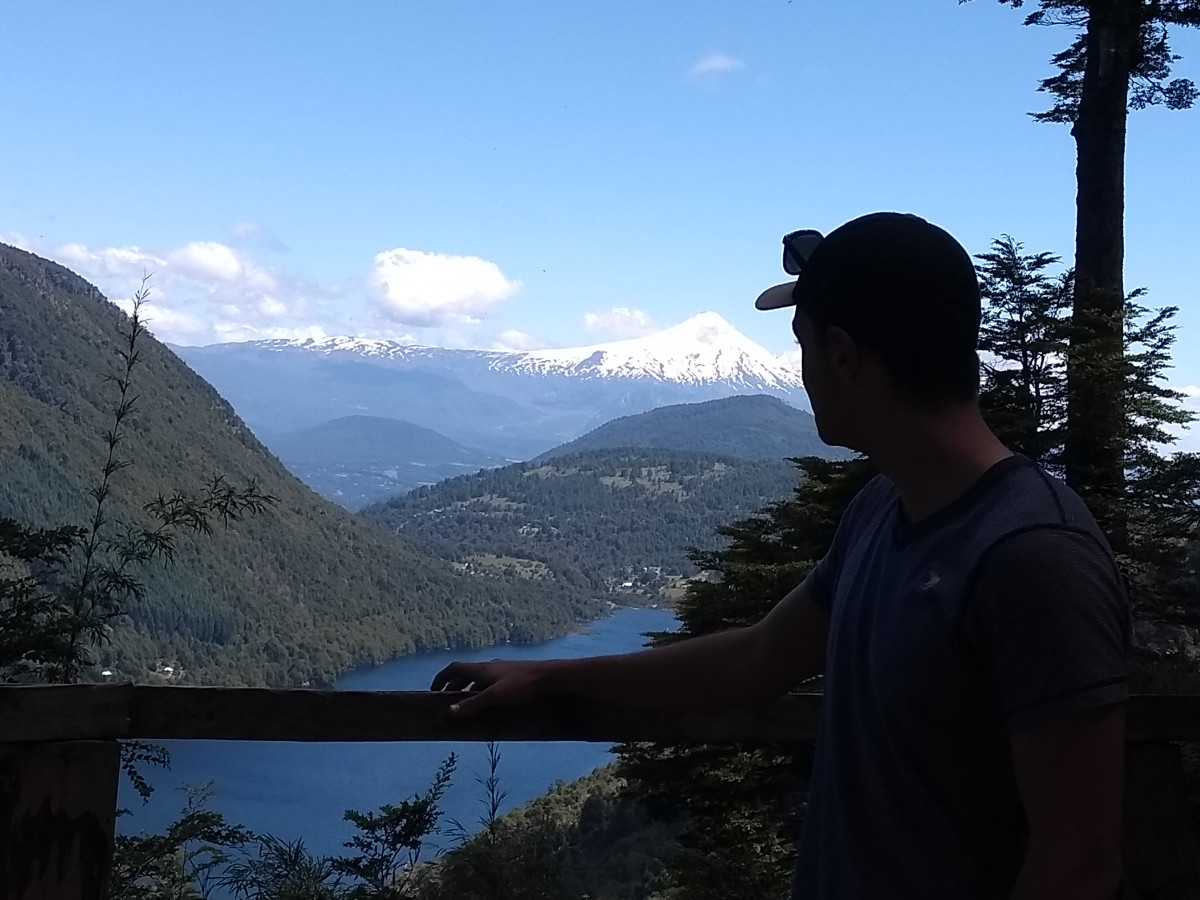 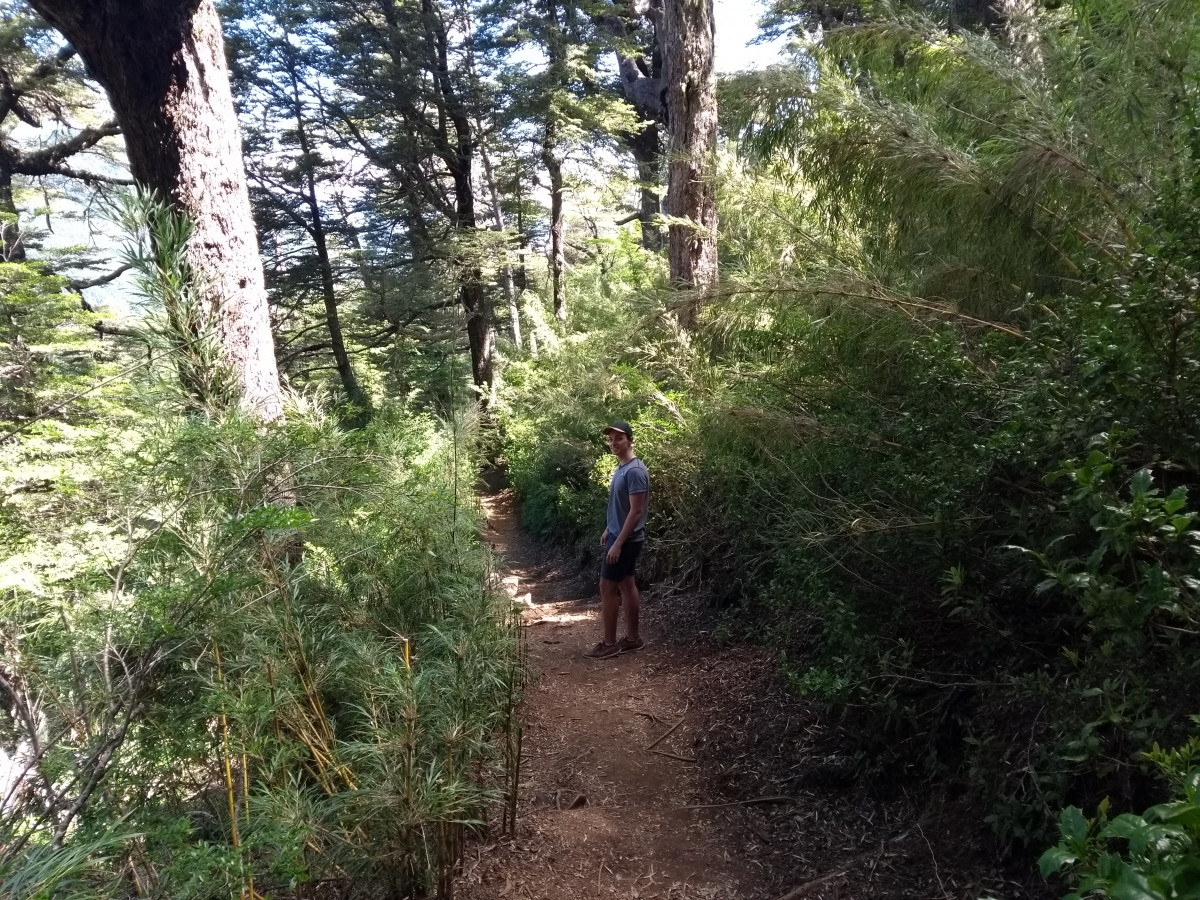 There was a small loop at the top but the trail was essentially up and back the same path. 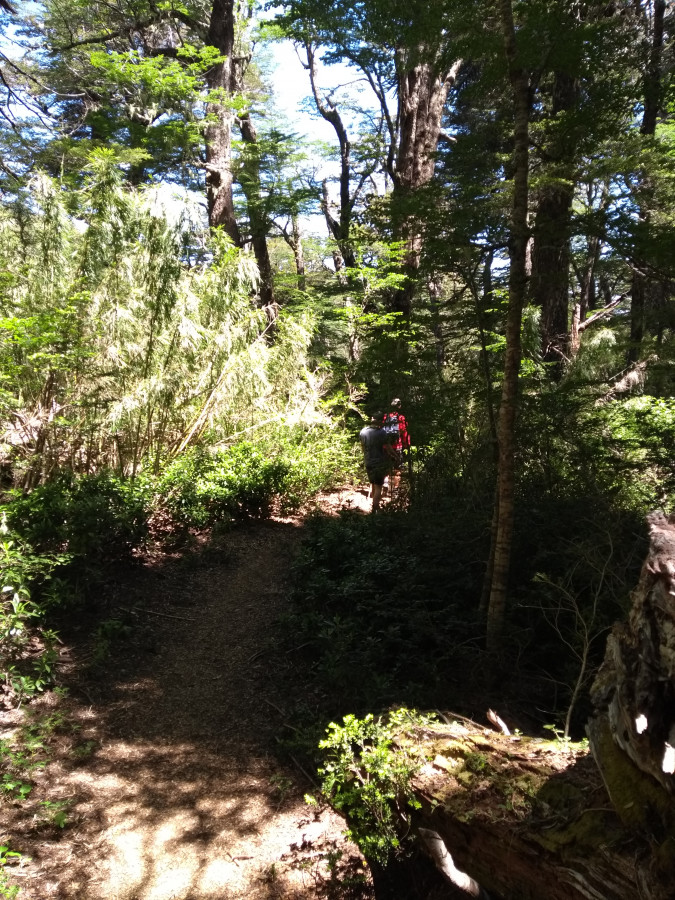 We made it back to our vehicle and started our decent back to Villarrica. As we passed by the Park gate we noticed about 20 people just kind of hanging out waiting on benches. "what are they waiting for?"

About 5 km down the dusty single lane road we did meet the bus.

In mid sentence all three of us yelled, "BUS!"

Bob slammed the brakes on, skidding to a stop and reversed being careful not to back it down over the ravine. While Xander kindly reminded Bob to be careful "because it drops off really fast." The bus, who was probably more accustomed to meeting vehicles on the narrow roadway, passed, our mirrors overlapping and about a hands breadth between our mirror and the side of the bus and side to side less than a foot.

Thankfully the SUV behind the bus stopped at the driveway so we could pull into the driveway. As the dust settled and Bob regained his composure. We were thankful we didn't meet the bus on one of the washboard turns or steep inclines.

Once we reached the paved road it was smooth sailing back to Villarrica.