It was nice to be in your presence. But we must head out and get our tourist visa cards renewed. 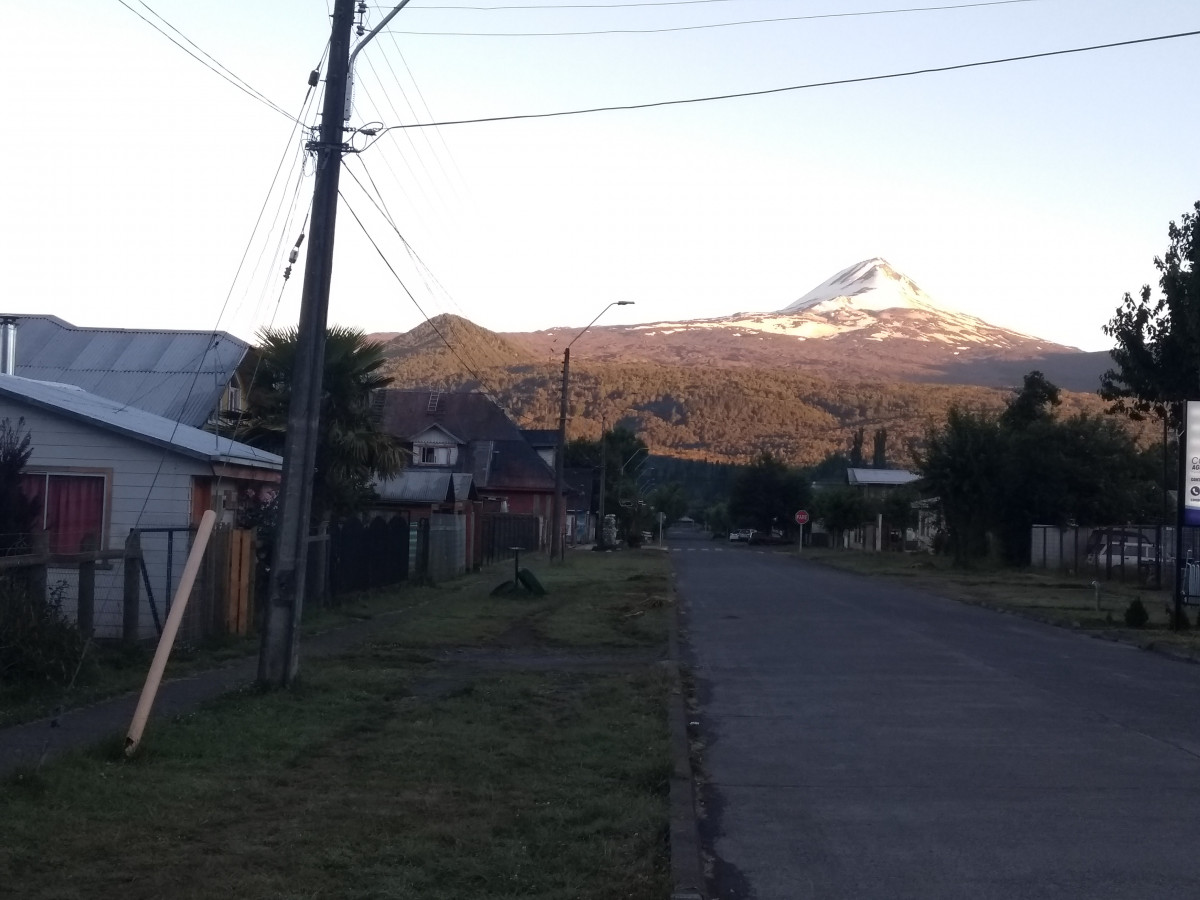 Not sure what happens if you over stay your 90 days and we really don't want to find out!

We decided on an early start and we were on our bikes by 7.00 sharp. It was beautiful. But we knew that the sun was going to be a record breaking hot so we thought getting in some decent miles before the extreme heat started.

The morning was perfect. The sun was just hidden behind the hills and sometimes we were in shade and we had a slight tail wind... Life is good! 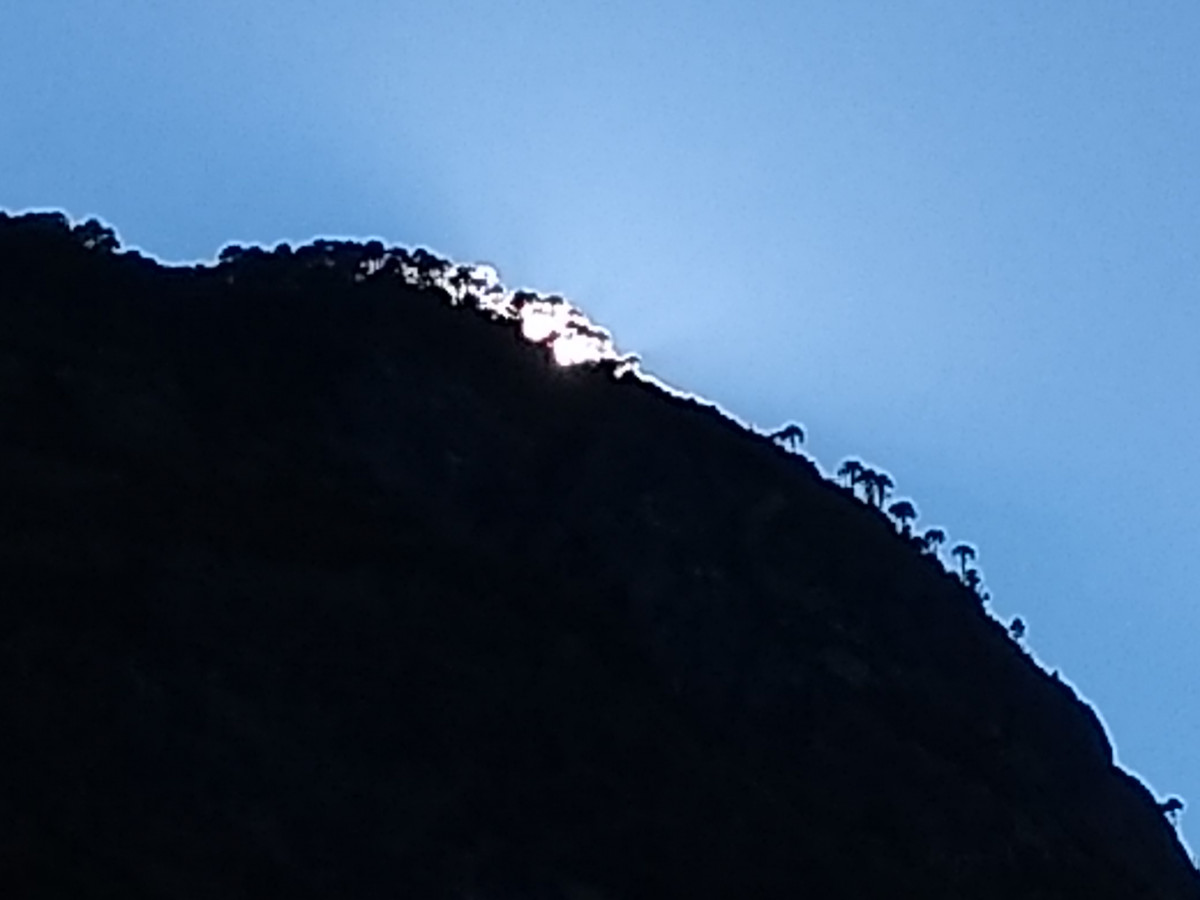 Good temperatures. Good pavement. And met a couple from Argentina on a 1 month tour of Chile. He had already cycled from Ushuaia to Alaska previously (took him 2 yrs, read about it here

They gave us a heads up about what we were in for. Up, up, up he said making his hand in a waving motion up up up. And the road is... How you say, ripio. And with a head jerking motion up and down, we got the picture. Bumpy. Washboard.

We chatted and bid them adieu or should I say, adios. They were headed to National park Conguillio. So we told them about our travels through there. Then back on the road! 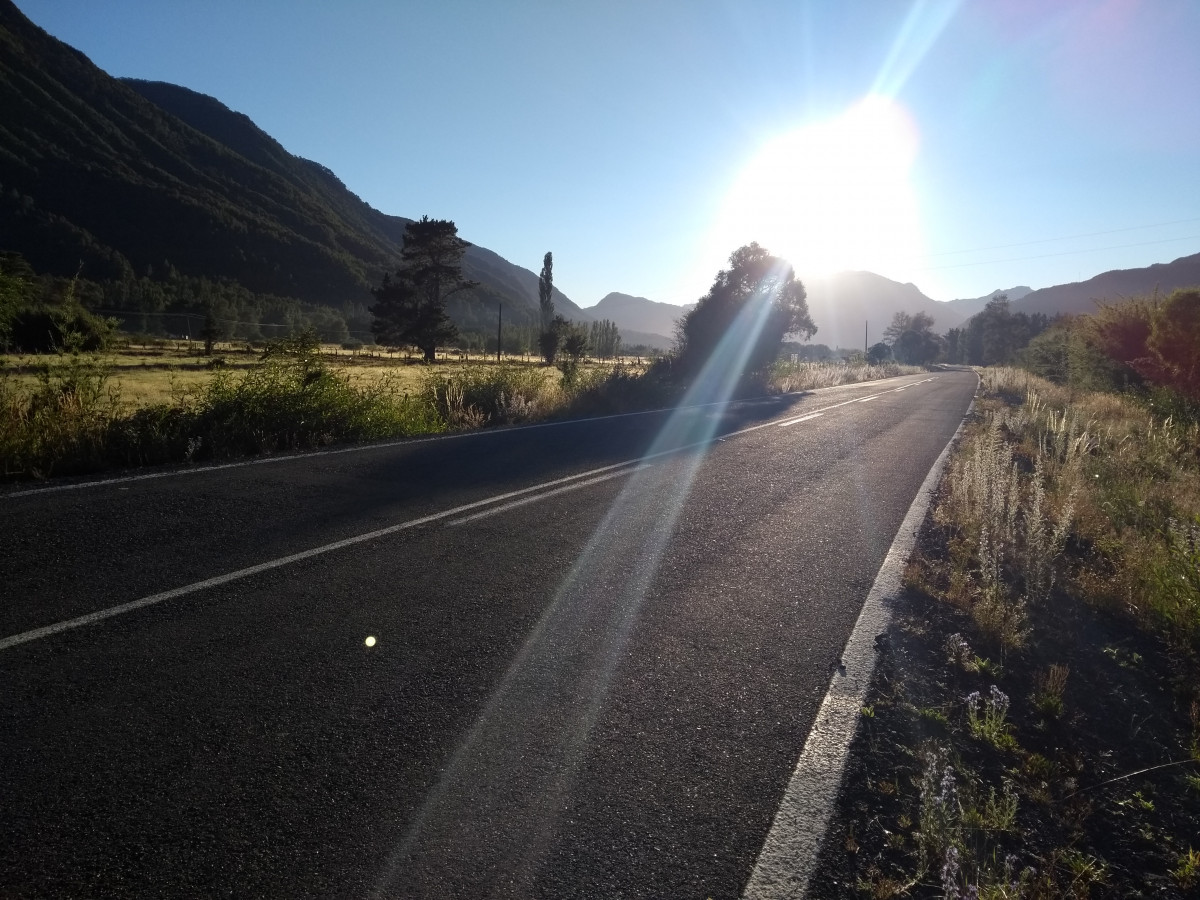 There's no other way to say it. It was rough. It was steep and it was long and it was gravel and it was stinking HOT.

IT was about 10 km of steady up hill, some of it 13 % and one section, according to our app Komoot there were sections at 16%! It was a long, hot hike. 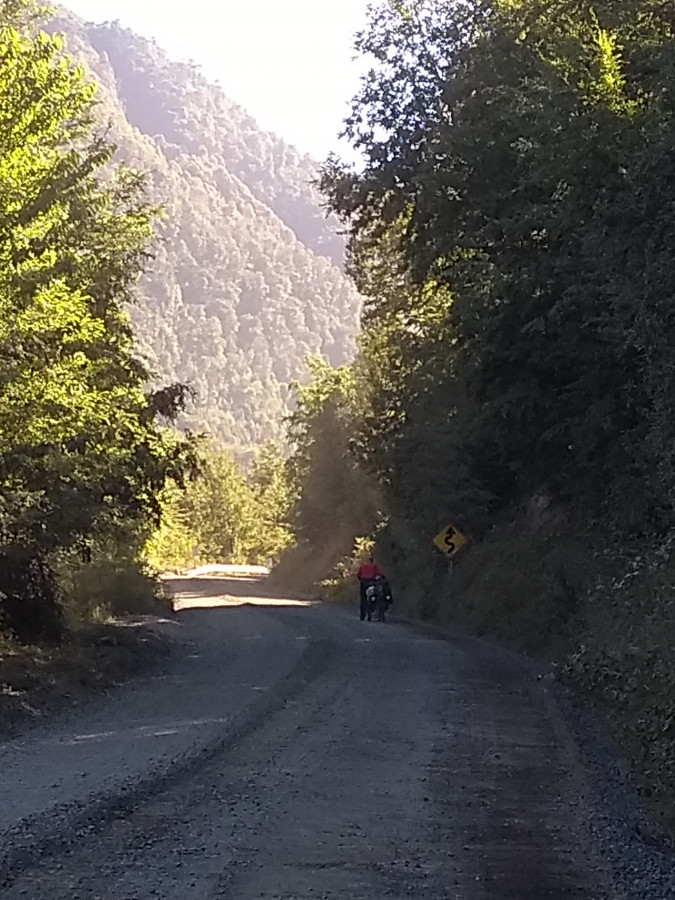 There were a few communities along the way but this one, I thought had it right. The 3 things in their sign, hospital, restaurants/food and horses. I want to live in a community like that. Unless of course the food or the horses is the reason there is a hospital there. 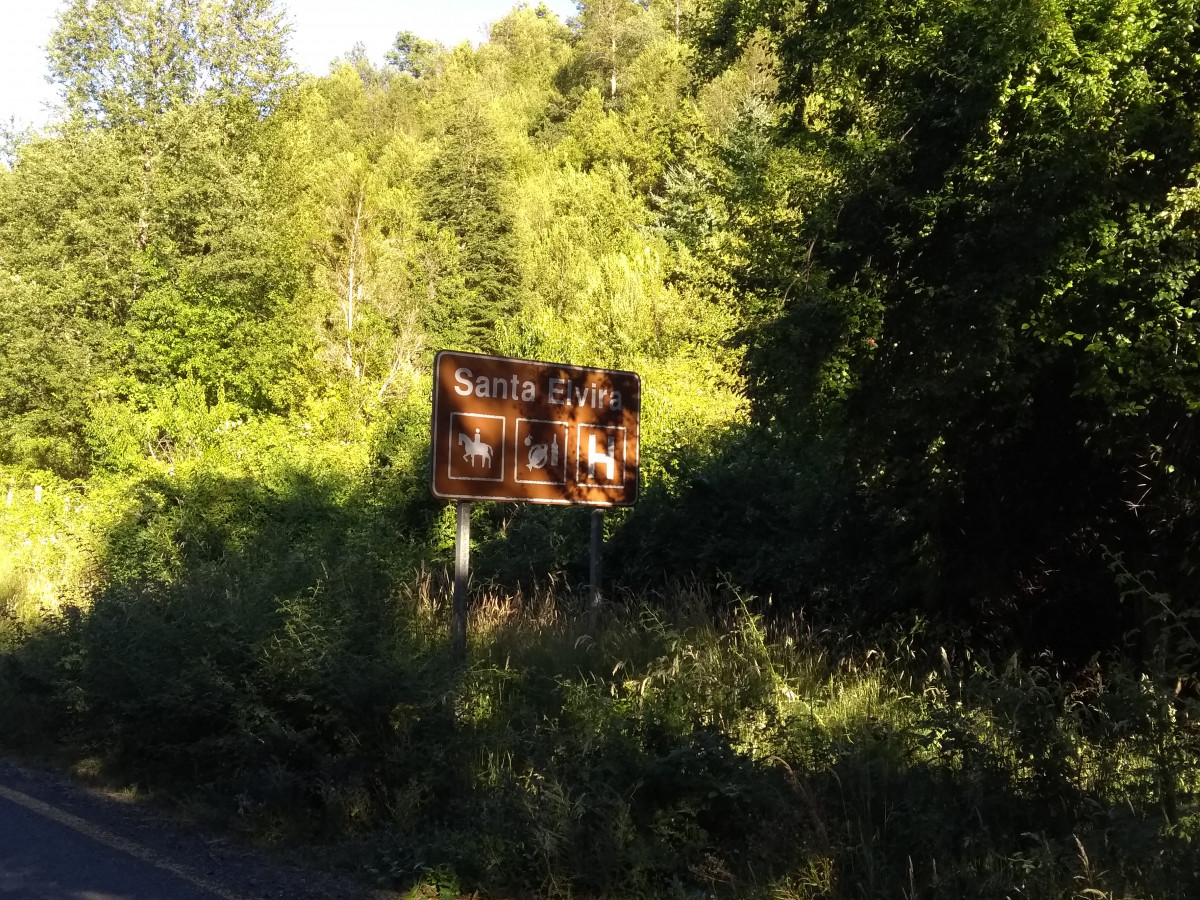 Whenever we arrive at a new place it never seems to be like the way we had envisioned it from looking at the map or the description from Google.

We decided to camp. The description looked great and reviews were positive. I just wanted a shower. Check it out here

We were expecting a grassy knoll with camping down to the beach. What we got was a rat warren of dusty roads as if you were driving down a back alley. The fences so close you could reach out and touch them. And a gate for camping after camping after camping. We choose the one we reviewed on line San Michel.

This is how they heat the water.

That shed houses a gigantic barrel and they light a fire underneath the tank. I know because we watched the woman open the door and put more wood on the fire!

Smoke billows out the top thru a "chimney" and thru the gaps the top. The water was hot. And there seemed to be enough of it.

Ii asked the woman in my best Spanish of it was quiet because we just wanted to sleep! She assured us that it was quiet. What she failed to say was the camp ground directly beside us, just on the other side of the barbed wire fence may not have been as quiet! And we did listen to ear drum numbing base that could only have been produced by woofers the size of dinner plates! It was off at 10pm and the usual camp ground noise ensured.

We left after buying, over the barbed wire fence, a hot tortilla bread from some dude with an insulated bag. We saw our neighbors buy it and the guys with the base music also bought a couple so we thought it was safe.

And, btw if you want a barbeque lesson or how to cook over an open fire, these people know what they're doing.