We left Epuyén at around 8, and started into a steady climb. 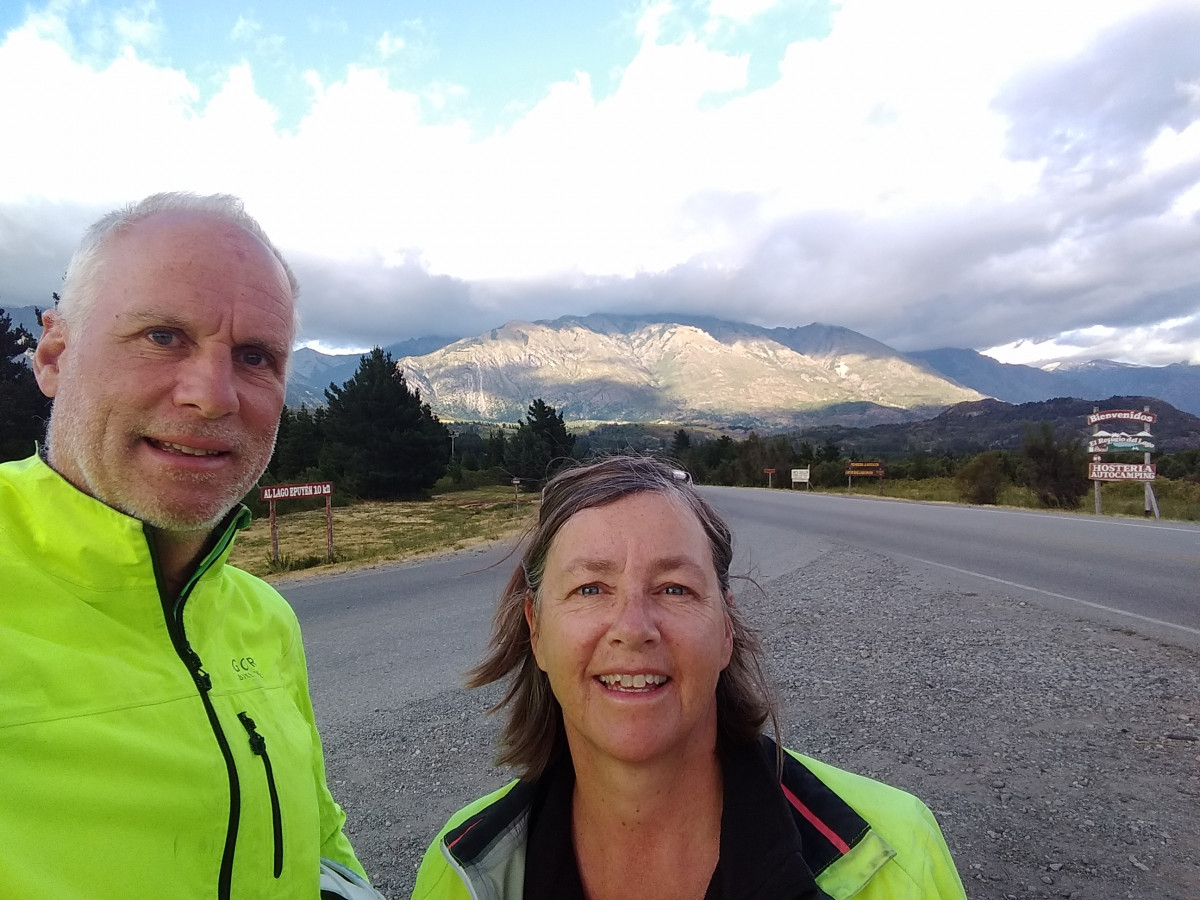 This seems to be a thing. By steady climb I mean 4% for approximately 10km. We had to get up into the step. 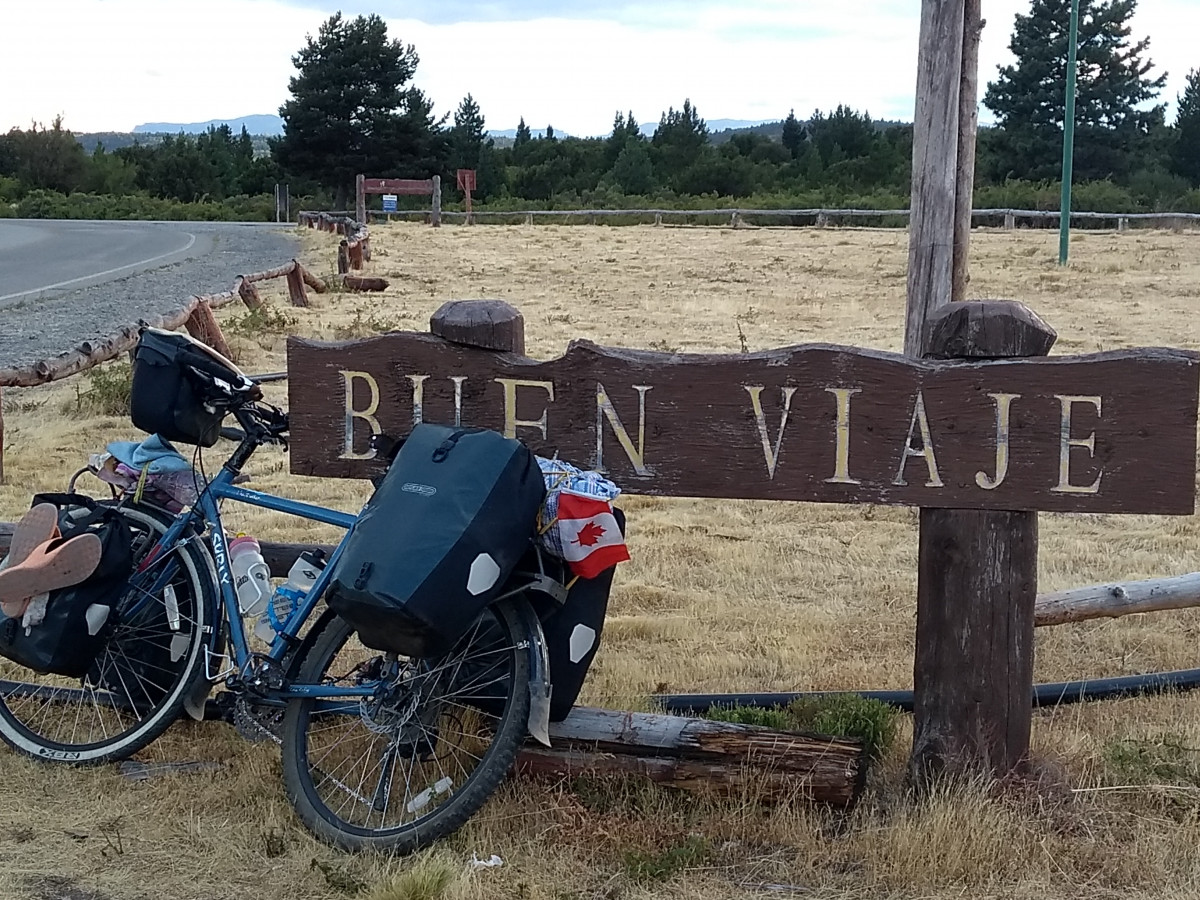 We decided to stop mid morning for a coffee (tea for me please) and pulled over on the side of the road to relax for a bit. We did have some stove trouble. Unable to purchase bacina Blanca (white gas) in Argentina, we had to resort to kerosene. A dirty burning liquid that leaves everything covered in black spots and grease.

The stove was acting up and great Orange flames were appearing above the 6 inch wind shroud. Usually there is a tiny bit blue flame like one you would have on a propane gas stove.

Not soon after we got it lit than a white truck pulled over and a guy got out to tell us we were not allowed to have flames due to fire risk.

We dutifully put it out and our water was hot enough to make a passable cup of coffee, and tea).

We stopped in at a small town, Cholila, to get a few supplies. There was a "super marcado" here. We just hope we would hit it before the afternoon siesta happened.

The super marcado was quite less than super. It was a 16' by 6' anteroom off of someone's home. In it was stacked anything you could imagine. Fresh fruit and veg. Plastic toy guns, shampoo, household cleaners, canned goods, rice, pasta you name it, she had it!

The first part of our day had been on asphalto and now we hit the ripio.

Into the park. It only was about 15km to our site but it was slow going.

Sometimes you would get a down hill stretch and get up some speed (think not having to pedal) but around 10kph only to have the road turn to a spine rattling washboard. Even on the flat stretches riding on ripio is exhausting. You plan your "line" much the same way I would imagine an athlete would plan their mogul run. Trying to hit (or in our case miss) the best bumps. 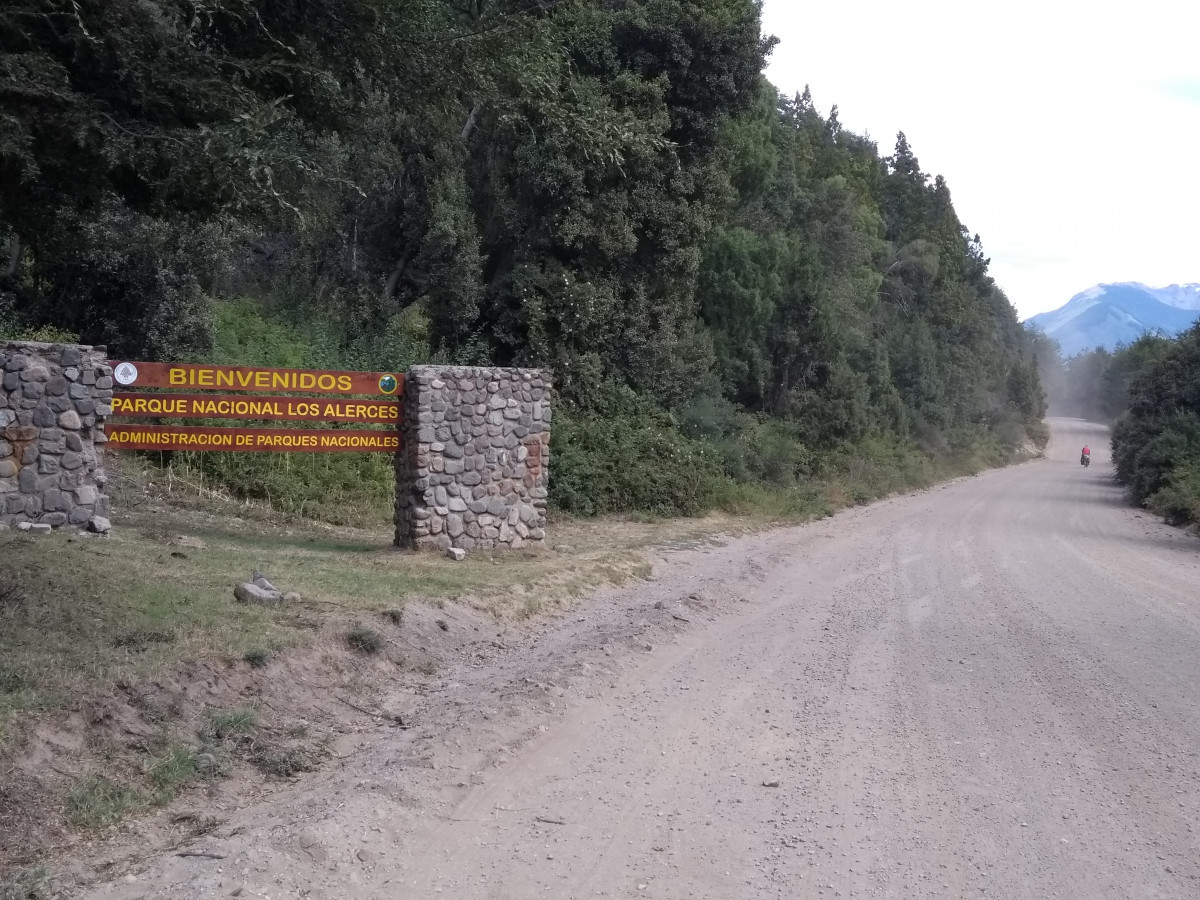 A beautiful campsite along the lake. The challenge was getting there. The camp site was approximately 2km of the "main" road. Down to the lake. And I mean down

we seemed to descend steeper and steeper. The bonus was that there were few people and they had beer!

They also had 24hr hot showers! As Bob said after his shower, is as if the shower Gods made the showers here. Good pressure and lots of hot water to be had.

And here's why. A giant wood fired heat exchanger radiator. 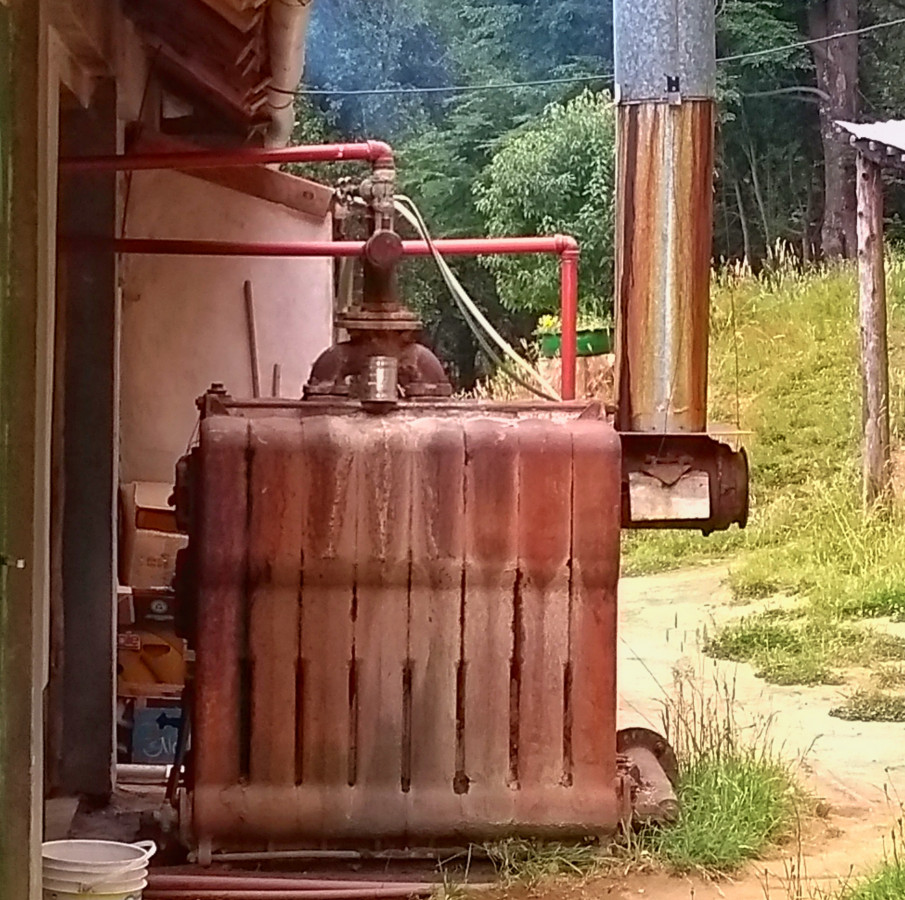 I watched the "manager" load it up with wood. It was a lovely day for a hot shower (but don't touch the shower curtain). 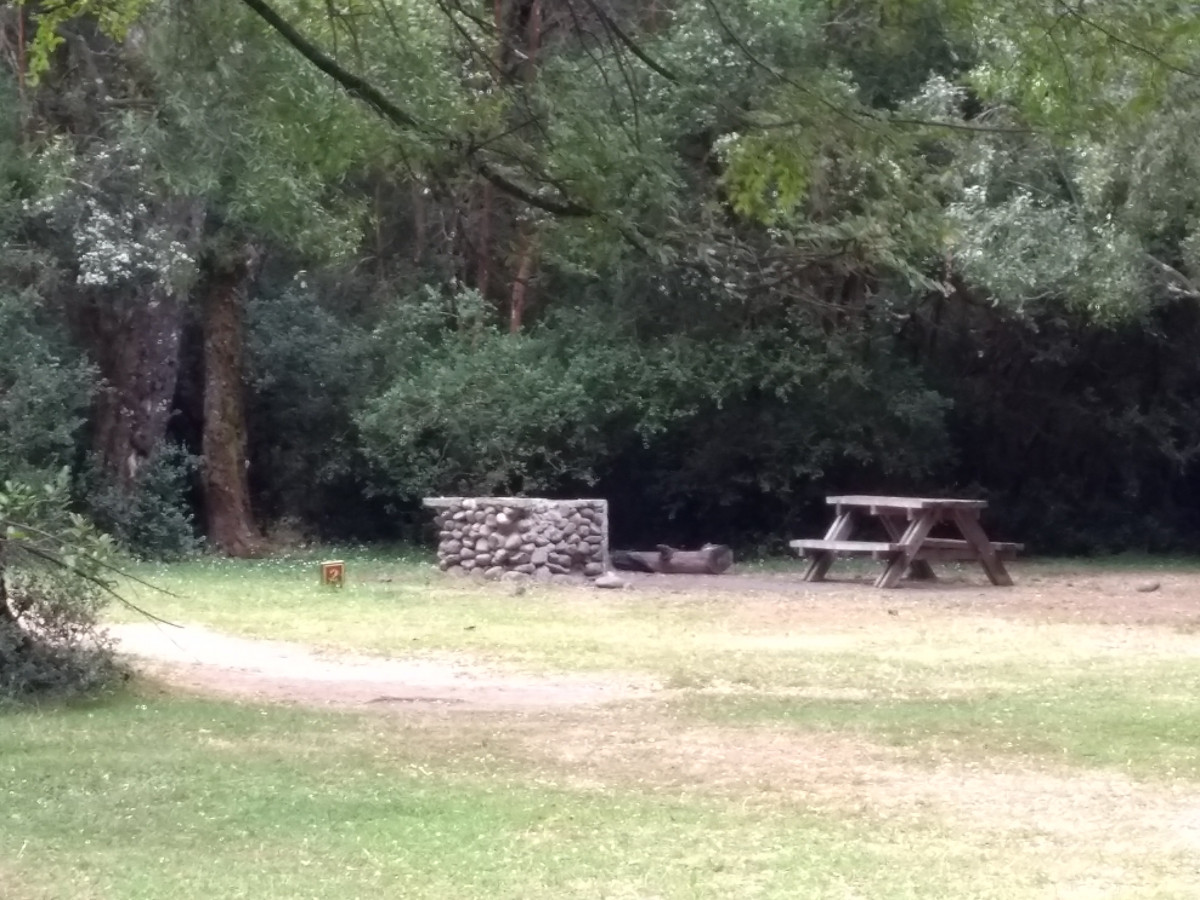 The toilet was an interesting matter. How to flush? 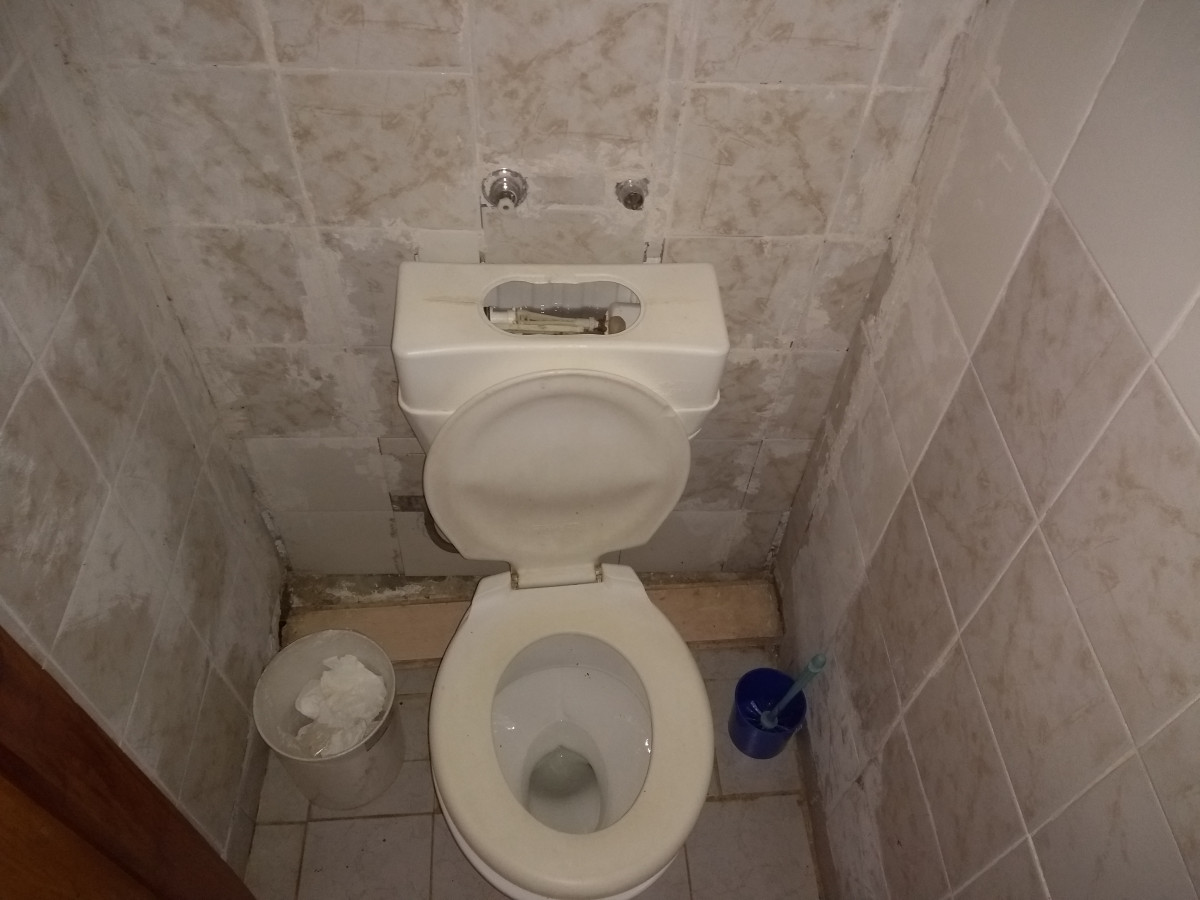 You reach in the back of the open tank and pull the leaver. Then push it back down again otherwise it keeps "flushing". The neighboring stall had a flush handle but no toilet seat so I opted for reaching in the tank!

Cooking Over An open Fire 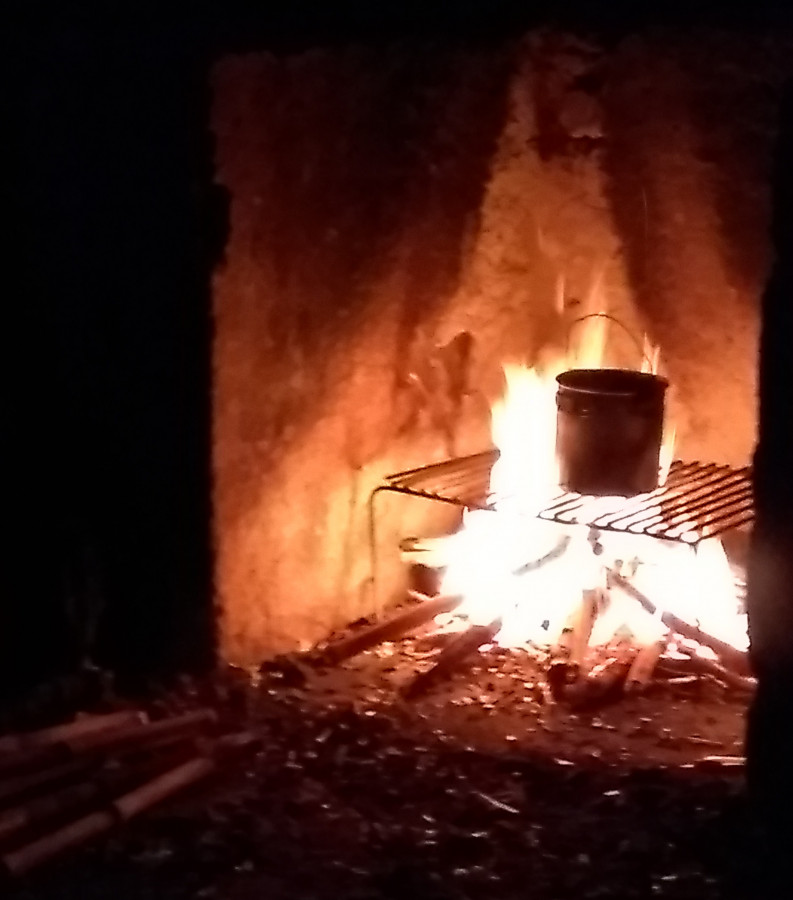 Or morning cup of tea.

It was a bit teams because we have 2 matches left!